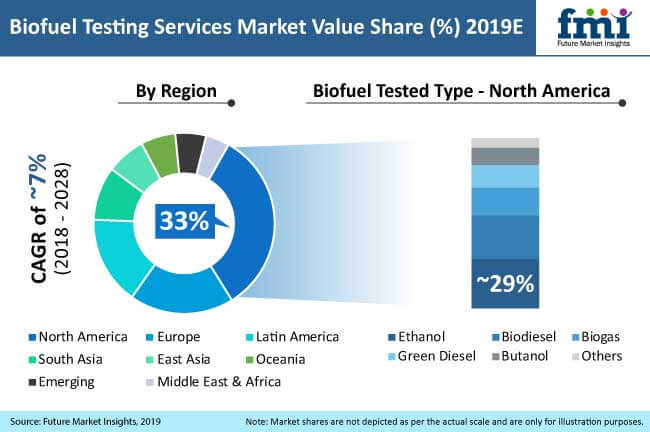 Moreover, Europe is estimated to be a prominent region in the global biofuel testing services market due to high production of biogas. Europe is the leading producer of biomethane as a vehicle fuel. Biogas production has increased in EU in last few years due to renewable energy policies adopted by the country.